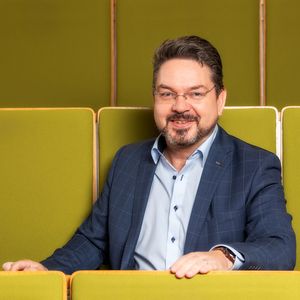 Vice Dean of the Faculty of Business and Economics

Executive Director of the Institute of Business Administration

Prof. Dr. rer. pol. habil. Dr. h. c. Bernd Zirkler (born in 1970) studied Business Administration at the University of Erlangen-Nürnberg from 1991 to 1996 with majors in Accounting, Controlling, Industrial Management and English in Economics. After that, he became a research assistant at the chair of Accounting and Management Professor Wolfgang Männel in the Department of Economics at the University of Erlangen-Nürnberg. During his time as a research assistant, he spent a research stay at the Harvard Business School (Boston, USA) under the supervision of Prof. Robert S. Kaplan.

From 1999, Prof. Zirkler worked as a lecturer at the universities Eichstätt-Ingolstadt and Oestrich-Winkel (European Business School) as well as at the Universities of Applied Sciences in Weihenstephan and Ingolstadt.

Since 2006 he has worked for the management consultancy Horváth & Partners as a freelance consultant and coach. Furthermore, he has contributed to numerous economic papers, for example, in the healthcare and the energy sector and has given lectures at many conventions.

In March 2009, he was appointed as professor at the West Saxon University of Applied Sciences Zwickau and since then he has held the chair for Business Administration, specializing in Accounting and Controlling.

Due to his academic commitment, Prof. Zirkler has been conferred with an honorary degree of the Kazakh-American Free University in September 2019.

Among his research and teaching activities, he specializes in integrated controlling concepts, international financial reporting and US management accounting. Prof. Zirkler has published numerous scientific articles and several books.